What a misnomer. There is no such thing as “the” coronavirus. Coronaviruses are common and most are harmless. 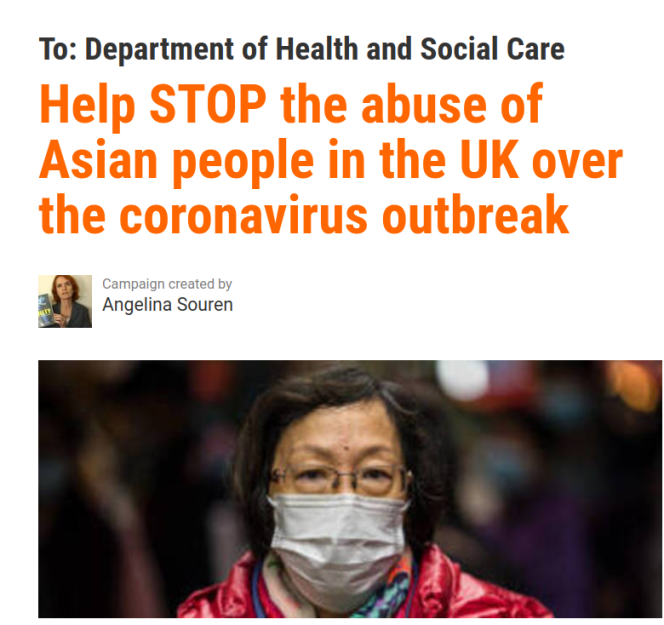 I am in the tail end of a common garden-variety cold.

That’s also caused by a coronavirus. Nothing to do with the virus that the media are freaking out about.

The Guardian asked for comments. I sent a few. The only thing they did with it was correct a typo I had pointed out and that may well have been pointed out by other people.

In my fifteen years in the UK, I have gotten to know the English as drama queens, in general.

It seems to go with being English.

In Southampton, I was once told with a great deal of fuss that I was in the local newspaper. I bought the paper but couldn’t find anything. What did the big fuss turn out to be about? There was a list of businesses that were going to participate in some event and my business name was included. Nothing more. Duh. Drama queens.

In past decades, too, they have often responded with highly unscientific fearmongering rather than with efficiency to all sorts of health-related issues, also if it only concerned the health of animals and had no potential of affecting the health of humans. The badger cull, for example.

This weekend (9 February), I read

This morning, the Department of Health and Social Care declared a ‘serious and imminent threat’ to public health.

Next, I read that Chinese and Asian people in my home country the Netherlands were also experiencing abuse and that people there had already started a petition to stop this kind of abuse in the Netherlands.

So I too started a petition.

I am hoping to nip this stupid stuff in the bud in the UK before it gets out of hand.

Of course, no one has signed it yet. Because there isn’t enough drama involved?

How would people respond to my stupid cold if I were Chinese?

As it was the Department of Health and Social Care that declared a ‘serious and imminent threat’ to public health over this particular coronavirus on Monday 10 February 2020, it should also inform the public of THIS.

Do me a favour and sign it, please, not because things are getting out of hand but before they get out of hand.

It’s not true that only rich indigenous Brits are entitled to normal human respect.

The Dutch petition has already been signed 24,000 times:

In the Netherlands, Matt Hancock’s counterpart has already made a statement and called for the discrimination to stop. This is not what one does in a civilised society, he said. Apologies are being issued.

Is the UK, by contrast, okay with it? Surely not. Sign the petition. Thanks. I’ve also set up a petition on change.org, so now you have no excuse left for not signing.