This evening, as I dashed out of Sainsbury’s, I glanced at the newspaper- and-magazine stand and saw a Daily Mail/Express-like front page. My eyes went up to the heading, but it said “The New European”. “Could be interesting”, I thought, as I had heard of the organization.

As I paid for it, I was asked where I was from and was told that people were not very happy with the image on the cover. “You don’t do that to the leader of a country. You wouldn’t do that to the president of France either.” The person in question was very friendly, and I said that I agreed with her, because I do. I also said that I would let you know.

When I came home, I discovered that this is a magazine by Brits for Brits, but Brits think that it is by foreigners and for foreigners (as I, a Dutchwoman did too) and your cover is apparently being blamed on us foreigners in the UK. I can’t say that I am pleased with that.

Apart from that, the cover lowers you to Boris Johson’s standard of “letterboxes”, “tank-topped bum boys”, “piccaninnies with watermelon smiles” and the like. Is that the best you can do?

Angelina Souren
Dutchwoman in the UK 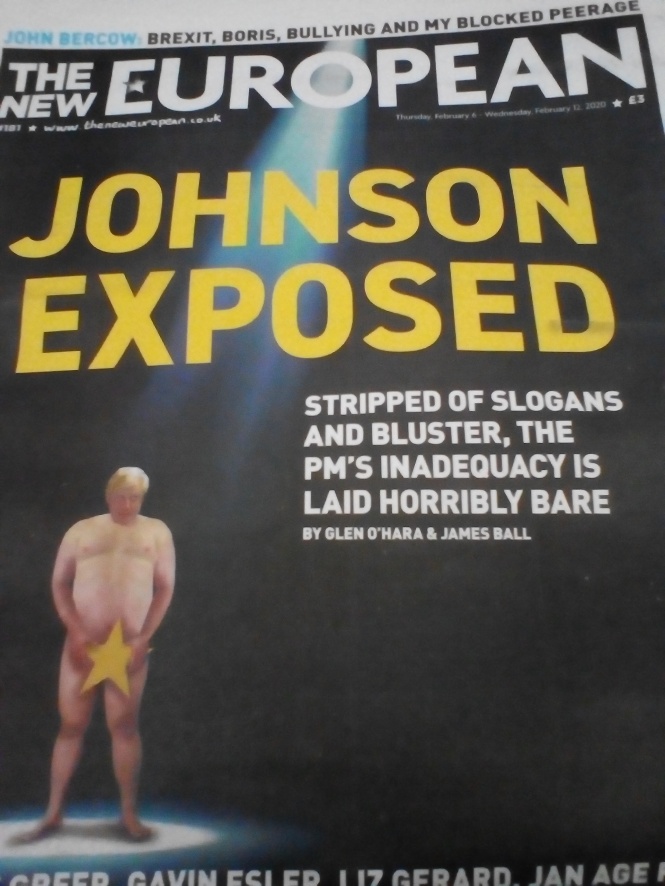 PS
For those who are curious, I still need to look at it in more detail, but it seems to be mainly a magazine for British people who like holidays in France and the like. I haven’t spotted anything yet that has anything to do with EU citizens living in the UK or Brits living abroad.

Various other organizations (such as Dutch KNGMG and American Geophysical Union)