One of the strangest things about the corona virus crisis is that police officers do not apply distancing, do not wear masks, do not use sanitising gel or gloves and behave as if police officers are 100% immune.

That is, if they are modifying their behaviours to take the infection risk into account with regard to themselves (and us), then I haven’t seen a shred of evidence of it yet. 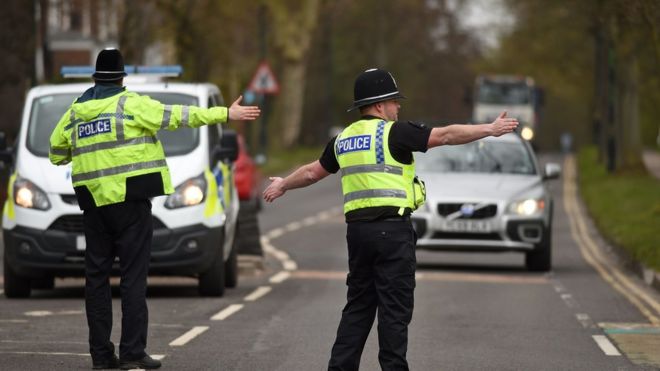 Not only does it put them at risk, and us, it also creates inadvertent resentment, particularly if you combine it with some of the overzealous activity we saw until somebody told them to stop doing that. (Except, then they tackled Marie Dinou and locked her up for two days: https://www.independent.co.uk/news/uk/crime/coronavirus-fine-police-lockdown-travel-newcastle-marie-dinou-a9444186.html)

When I see photos of cops standing around as if nothing has changed, I automatically feel anger welling up in me.

It comes out of nowhere.

I think it’s because them standing around pretending they are immune while were stuck in our homes, often living in limited conditions as a result, feels thoroughly unfair.

Plus it somehow makes it feel as if they are our jailers.

So that makes it feel doubly unfair and that can create resentment.

These are two strong arguments for changing this:
– For health reasons (to protect the officers too);
– To prevent resentment from citizens down the line.

Because if we end up being stuck in our homes for many more weeks or months down the line, many people may become increasingly frustrated.

Solidarity helps. We are all in this together. Police officers are NOT immune against the virus.