Internal drive that’s been in my possession the longest
Did do a lot of disk-checking and a “file repair” on the internal HD that is still alive. Did not attempt the SeaTools “repair option” as it does not seem necessary at this point. That PC also seems to have power supply issues to do with USB ports, I think. May need a more powerful power supply, not an uncommon issue in older computers. (No, am not gonna bother.) The HD seems to have 6 bad sectors at the moment and it passed its recent DST (after failing it a few times), so that is not too bad. Will do some more stuff in a minute, just to see if anything has changed. Will also do a good clean in the case soon.

(Also, it has two easily accessible USB ports from which the connectors slip much too easily, which I don’t like for external HDDs. Am gonna do a search on that issue in a minute as I have no solutions for it and there may be an easy fix. Update: Oh, LOL. A screwdriver to move those pins a little. OK. Will do that when I give the inside a clean.)

Internal drive that’s been in my possession the shortest
Other than take a look at how it’s sitting in the case, I haven’t done a thing with the HDD yet that seemed to have between 400 and 500 years of operation and that seemed to have failed big time. Came as part of a refurbished computer and I guess I simply lucked out with that purchase. (Though you never know with these “hardware heroes” around, hah hah.)

External drive
I’ve removed some screws to get the external HDD entirely out of its case. I can see why SATA bridges (the little plugged-in thingy on the right; see first photo below) are an easy point of failure – so flimsy – but that does not seem to be the problem here. Also, nothing looks funny about it. The chances of it having been loose are close to zero; I had to remove 6 screws after all.

That as much as I can do at the moment (take the thing out of its enclosure). I could plug it in again and see what it does, but there is no point at the moment.

Below are some photos of my home-made clean-air compartment. It does not photograph well, but I admit I barely made an effort. Has a HEPA filter type vacuum bag on the right and an opening for a vacuum cleaner on the left, so that you can suck air with dust out and filtered air in. At least, that is the idea. But the main point is that it is very hard for dust to get into this compartment so when I open the drive up, I will do that in this compartment. Wouldn’t it be cool if I eventually manage to get enough data off this thing in my DIY fashion? I’ve done this kinda cool stuff before and I tend to be pretty good at doing things considered impossible (in the sense of hard to achieve), so, we’ll see. 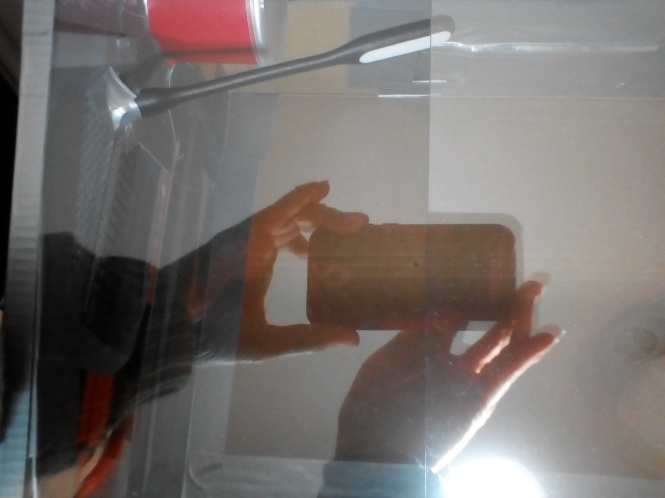 3 thoughts on “IT developments – continued (my own stuff)”